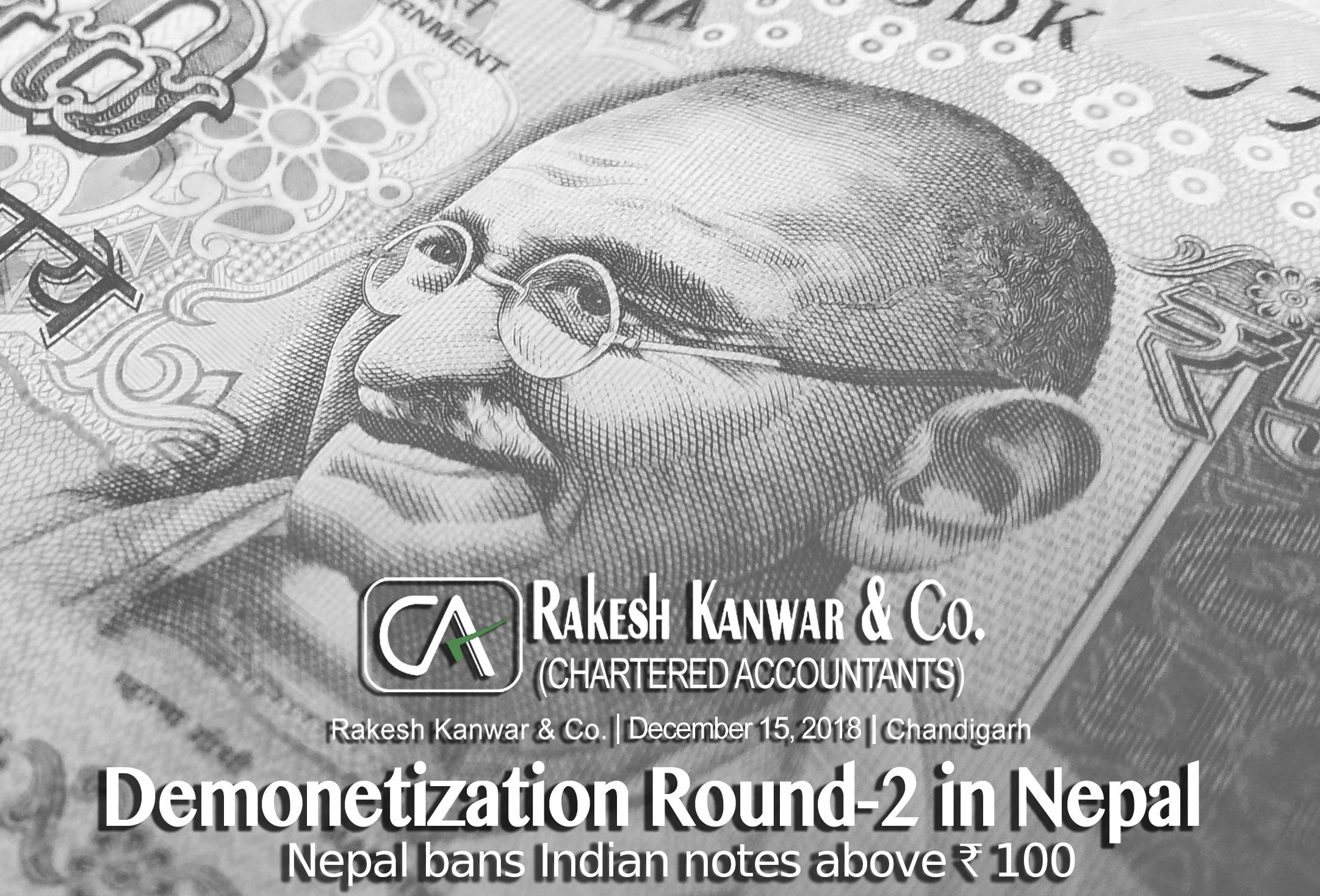 In a move dubbed as Demonetization Part-2 in Nepal, the Nepal government has decided to ban the use of Indian Currency notes of Rs. 2,000, Rs. 500 and Rs. 200 denominations. The news comes as a shocker by the Nepalese citizens and the Indian tourists visiting Nepal where Indian currency is widely used.

It is to be noted that Nepalese citizens to foster their business, daily transactions and savings extensively use Indian Currency. The move is also bound to affect Indian citizens visiting Nepal. Now they will have to carry currency keeping in mind the move by Nepalese government banning denominations above Rs. 100.

Nepal’s Minister for Information and Communications, Mr. Gokul Prasad said “ The Nepalese government has decided to not to use, carry and keep the Indian bills of 200, 500 and 2,000 denominations”.

The move is seen as Demonetization Part-2 by those getting directly affected by the move. Trades, Laborers, Tourists are to be affected the most by the decision. India is Nepal’s largest trade partner and supplies majority of Consumer goods. Nepal PM KP Sharma Oli said earlier this year that demonetization hurt small countries like Nepal and Bhutan the most who transact high amounts in Indian currency on daily basis. He added that he would raise the issue with Indian Political Leaders.