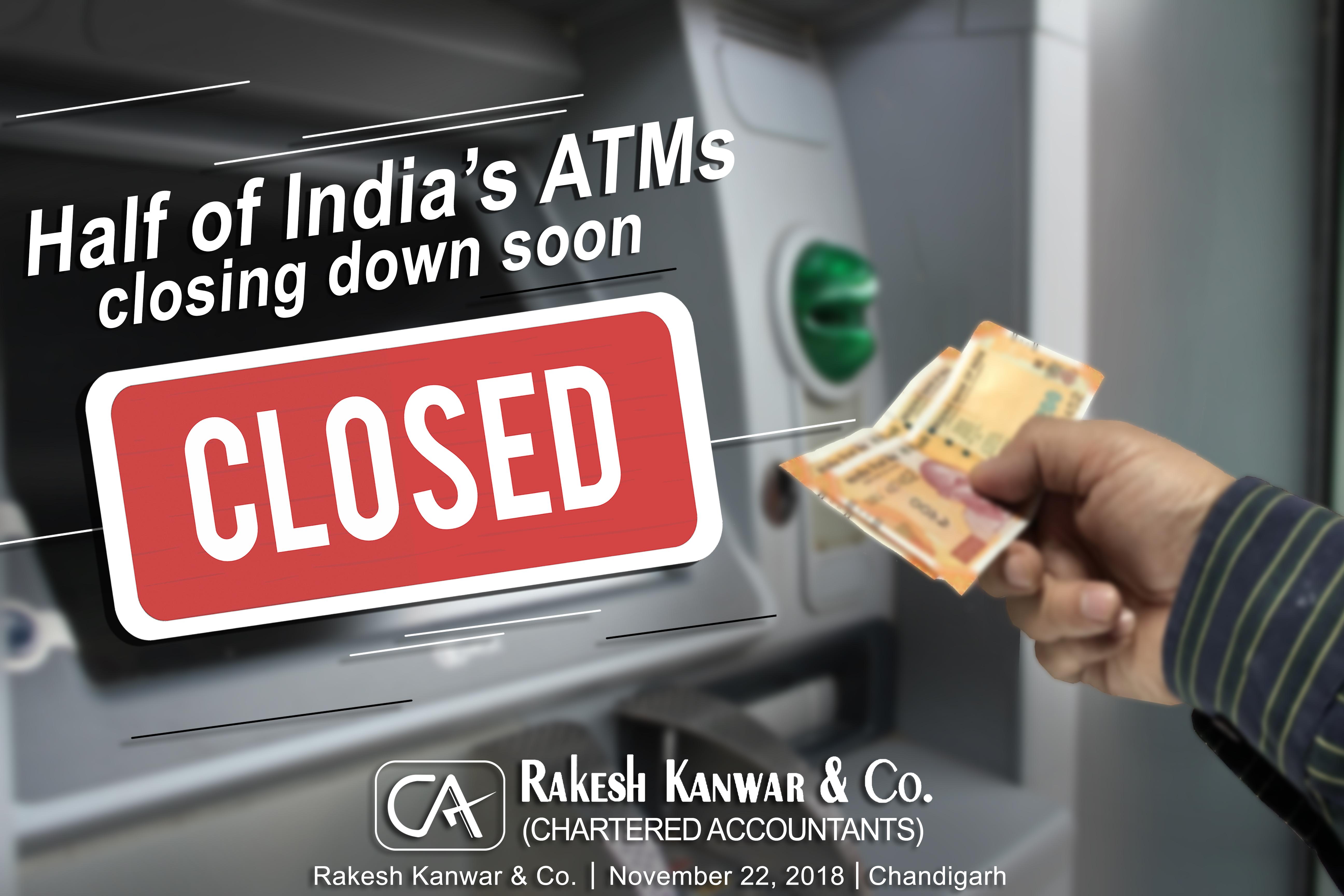 Constant changes in regulatory landscape are making it difficult for Service Providers to keep ATMs functional and this may lead to the closure of half of the 2.38-lakh machines in the country by March 2019, the Confederation of ATM Industry (CATMi) has warned.

Closure of the ATMs will create mayhem for a common man and will be like another demonetization process but this time due to increasing pressure on the ATM Service Providers. Also it is bound to impact thousands of jobs and also the financial inclusion efforts of the government, the industry body said in a statement.

Service providers may be forced to close down almost half of the ATMs across the country by March 2019, majority of closure in non-urban areas. This can impact the financial inclusion efforts as beneficiaries use the machines to withdraw government subsidies. The industry has reached a "tipping point", the body added.

The industry body said that recent regulatory changes, including those on hardware and software upgrades, coupled with mandates on cash management standards and the cassette swap method of loading cash will make ATM operations unviable, resulting in the closure.

It added that the ATM industry, including managed service providers, brown-label(where hardware is outsourced by the banks) ATM deployers and white label ATM(operated by non-banking financial institutions like Tata ‘Indicash’) operators (WLAO), is still reeling under the shock of demonetization even after 2 years.

"The situation has further deteriorated now due to the additional compliance requirements that call for a huge cost outlay. The service providers do not have the financial means to meet such massive costs and may be forced to shut down these ATMs. Unless the banks compensate ATM deployers, there is likely to be a scenario where contracts are surrendered, leading to large-scale closure of ATMs " it said.

Revenues for providing ATMs as a service are not growing at all due to very low ATM interchange charges and ever-increasing costs. Such changes in were not anticipated at all while signing contracts with the banks. Therefore leading to surrendering of the contract and large-scale closure of ATMs across India.