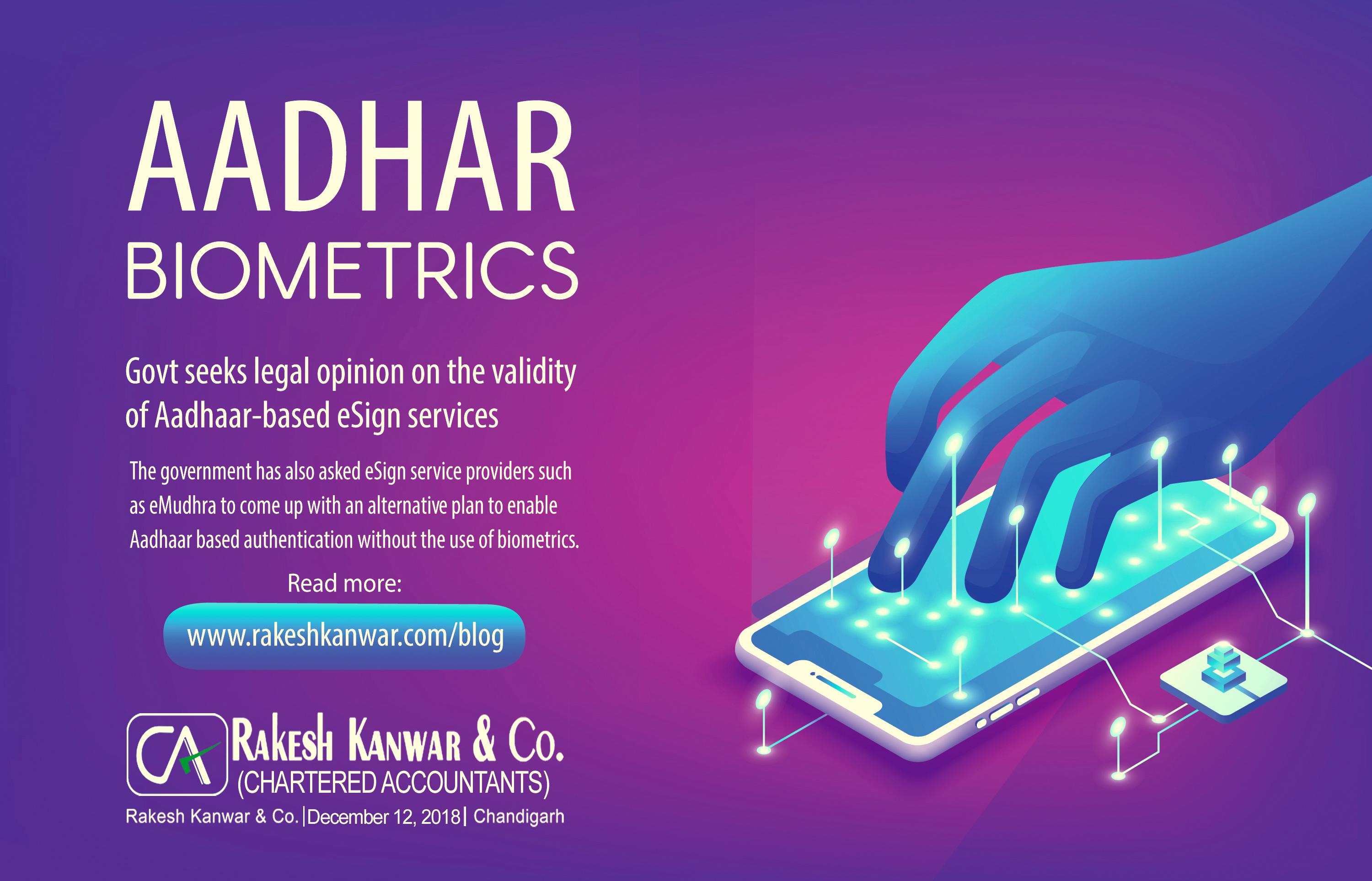 Complying with the Hon’ble Supreme Court’s Verdict on Aadhar Biometrics, the Government of India has sought legal opinion from the Ministry of Law & Justice on the validity of Aadhar based e-sign service. The Government has sought a month’s time to take a final call on the matter. The matter is of grave concern because even the authorities aren’t sure whether eSign Service has fallen foul or not. The other issue associated is that design under IT ACT the service can be used for contracts by private parties but the court says that even after law, it can’t be used by private parties to write contracts. So there’s some confusion here and needs to be clarified.

Meanwhile, in a move to seek alternate verification methods, the Government has asked the leading eSign Service Providers like eMudhra, nCode, etc. to come up with an alternate authentication method without the use of biometrics. One might argue that the alternative methods should not be seen as a bane and every company will implement the new process based on their resources. It is a massive new system that can’t be created overnight.

Separately, the Reserve Bank of India is also looking at alternative methods of enabling offline know-your-customer (KYC) verification. RBI could allow XML based KYC and live video-based KYC for fintech companies to onboard customers without paper documentation. The CCA also has released guidelines on alternative ways to do e-KYC, which included options for offline Aadhaar along with a use of different identity-based system hinging on two-factor authentication by the applicant.

Under the guidelines by CCA, the two-factor authentication system includes the One Time Password (OTP) sent to the verified mobile and PIN set by the applicant. Once the KYC is complete, the subscriber chooses a “user ID” and a provision is created for an “eSign address” — a system that is similar to United Payment Interface (UPI) for digital transactions. The offline Aadhaar system is, meanwhile, based on capturing demographics through offline Aadhaar and authenticating using OTP. One is skeptical that the new offline proposal may work where a user has to use it “only once”, say for opening a bank account or buying a SIM but not for multiple transactions with an agency.

The dominant feeling within the state is to continue with the Aadhaar-based system. “Why kill an idea which is running? Even in a worst-case scenario, someone who doesn’t want to use an Aadhaar can use a dongle. It’s a good application of the platform, which doesn’t deserve to be thrown out. So the government has taken some time till end December, will take a call by then.